You are here: Home / Portfolio / Finance 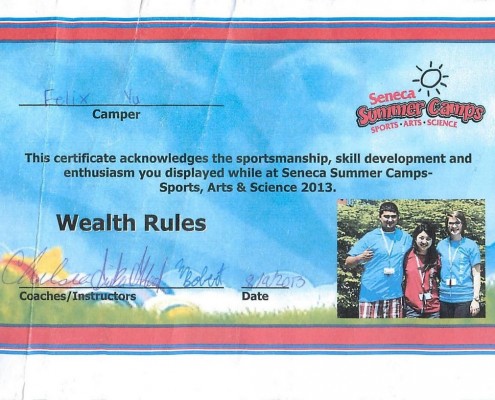 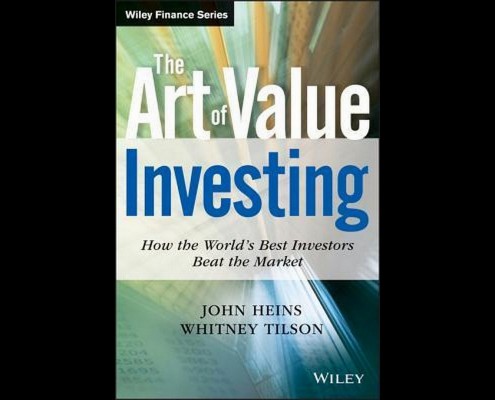 When I was in grade 3, I stumbled upon a book called Rich Dad, Poor Dad. I was shocked by the knowledge demonstrated in the book, which showed how powerful financial literacy is, changing a person’s life from the average person on the street to a wealthy billionaire. I was fascinated about the financial concepts introduced in the books, and the seed of investment was planted into my amateur mind.

When I was at grade 4, I attended a summer camp called Camp Millionaire, where basic personal finance knowledge was taught. At grade 6, my age allowed me to attend the senior version of Camp Millionaire. Seizing the chance, I attended it immediately, learning more in depth financial knowledge, and expanding my eager mind. In that camp, I won the prize in the class at the end of the course with a book named The Smart, Savvy Young Consumer. That same year, I felt that I need to step beyond personal finance, and know more about investment and the entrepreneurship/business aspects of finance. Thus I took another summer camp called Wealth Rules, where I was introduced how to start a new company, and basic concepts about equity investment.

I also started to read some books in investment. I learned about a great investment guru, Warren Buffett, from my father. My father showed me how he made a fantastical financial growth in the past 60 years through compound interest. After hearing the stories, I put meeting Warren Buffett in person into my bucket list.

In May 2014, I flew to Omaha to realize my dream. It was a conference with 30 thousand people crowded around the center stage, where Mr. Buffett made a speech. Wherever Mr. Buffett went, hundreds and thousands of people surrounded him.

I was eager to get closer to Mr. Buffett, and better yet, get his autograph, but I couldn’t, due to the enormous crowd. I was upset in the beginning. But my father encouraged me to try my best to achieve my goal. True, it seemed to be an insuperable mission, but my father helped me lay out a plan. My father helped me connect with people who attended the meeting multiple times, who in turn introduced us to people from the media, who connected us with certain people who had some “insider information” about Mr. Buffett’s routines. Based on the small ‘secret’ that we found, we went to a place patiently waiting for over 4 hours, and Mr. Buffett eventually showed up with his old friend, Mr. Gates. I was the first one to run forward, getting him to sign my Berkshire Hathaway annual 2014 report. I realized my dream by speaking with him personally, getting his autograph. More importantly, I knew that missions that seem impossible can actually be achievable with planing, persistence and execution.